This post will give a brief summary of the Exadata Database Machine X3 as it was announced at the Oracle Open World by Larry Ellision:

(URL above is the complete Keynote; X3 announcement comes at 31:29) 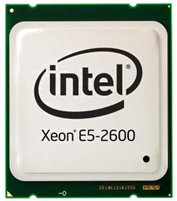 The price of an X3 Rack remains the same except for the Software Licenses that are computed by the number of cores.

The X3 Entry Level Rack is now 1/8 Rack. It has got the same hardware as a 1/4 rack, but half of the cores, and storage capacity disabled.