Just wanted to share some pieces of information from the recent DOAG annual conference that you may find interesting.

Database Replay is extremely useful to predict after-upgrade performance on a test system,

especially we can record the production load on 10g even. 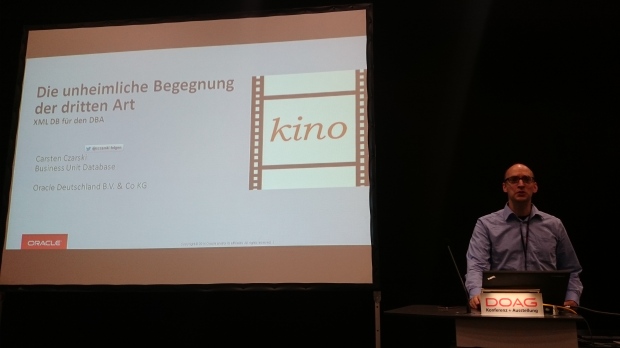 With 12c, XML DB is mandatory and it provides an easy way to upload BLOBs via ftp into the database.

The resource manager becomes more and more popular and important, especially for Multitenant

– something Hans Forbrich reinforced later on.

Particularly I liked way she presented later on about ADO: Very many live demonstrations – that’s how I try to do my own presentations also 🙂

You don’t need to have all cores enabled with Exadata X4 in order to save license cost. That’s called Capacity on Demand. 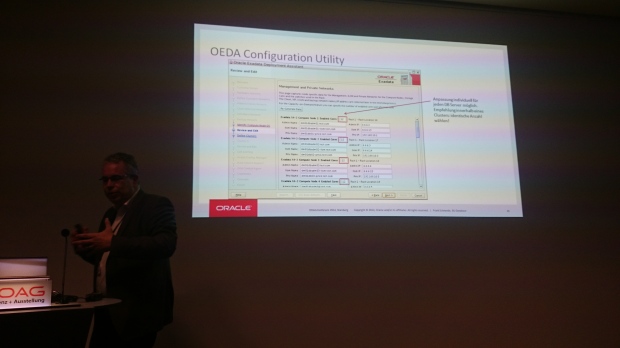 If I should name one presentation that was most useful for me, it’ll be probably Frank’s. 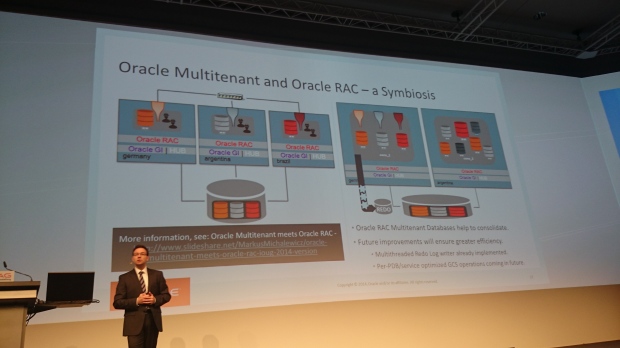 RAC scales well (far) beyond three nodes because there are never more than three nodes involved for cache fusion intercommunication.

And Multitenant and RAC are a perfect fit.

GDS makes it possible to automate the failover of the Real-Time Query service to the primary in case the physical standby has an outage. 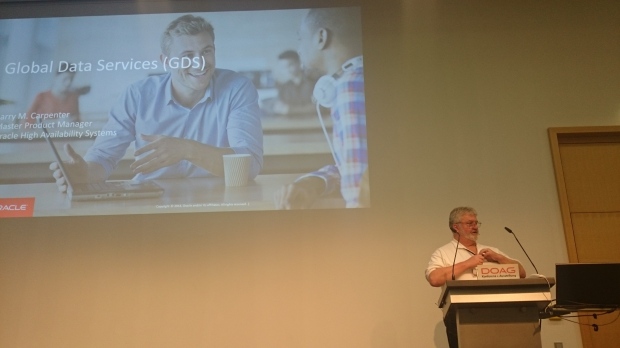 Hans Forbrich talked about Multitenant. He showed great presentation skills and although I knew the technical details before, the way he highlighted certain aspects was still very helpful for me.

One key message was that

Multitenant is here to stay.

DBAs should learn about it and become familiar with it as soon as possible,

because sooner than later it will have to be administered in production!

This entry was posted on November 21, 2014, 15:36 and is filed under TOI. You can follow any responses to this entry through RSS 2.0. You can leave a response, or trackback from your own site.

This site uses Akismet to reduce spam. Learn how your comment data is processed.